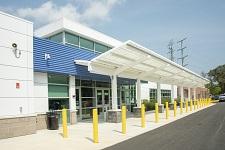 CENTRIA panels give facelift to renovated school in New Jersey
MOON TOWNSHIP, Penn., August 9, 2022 – The Essex County West Caldwell School of Technology had served its students for a half century and was in need of a serious renovation, inside and out. Since the original factory was converted into a school in 1976, the only major renovation was the addition of a multipurpose gymnasium in 2002. The district had done its best to reconfigure the facility into a school, yet the spaces had become inadequate and outdated.

The $30 million renovation in West Caldwell, N.J., included building a two-story addition to the front of the school, retrofitting existing space to accommodate current and new curriculum and creating an outdoor courtyard. In addition to updates for classrooms, laboratories and the cafeteria, the exterior received a facelift, which included metal panels from CENTRIA.

“The design goal of the project was to deliver a state-of-the-art facility that would enhance the Essex County School of Technology’s academic and Career and Technical Education (CTE) programs to better serve the current and future needs of the students,” says Allison Sroka, AIA, NCARB, Principal at Di Cara | Rubino Architects of Wayne, New Jersey. “After a series of discussions and a feasibility study, it was determined that the most efficient and effective plan was to renovate the existing building with multiple building additions, including a new two-story addition along Passaic Avenue at the front of the building. This addition along the main road through West Caldwell was a significant opportunity for the school to make a statement to all that pass by. The elevation was a focal point that we wanted to take advantage of to bring attention to West Caldwell Tech.”

Sroka says the design team focused on using exterior finishes and materials that complimented the existing brick used along the Dodge Drive elevation. “This involved a combination of materials: brick, thin brick, cast stone, masonry, curtainwall, storefront, as well as metal panels, both flat and corrugated,” she says.

“The CENTRIA metal panels allowed the Passaic Avenue façade to convey to the community that this is a technology school for the 21st century student,” Sroka says. “There is a special detail at the corners of the main two-story block where panel options CENTRIA offered allowed for the integration between the corrugated panels and the CS trim penetrations. We were also able to allow the transitions between the various sizes of corrugated panels, creating a seamless design.”

“All of the panels and mitered corners were CENTRIA shop-fabricated,” says Craig Miller, Project Manager for installing company Pravco Inc. “Some modifications were completed in the field to accommodate field dimensional discrepancies. The challenges on this project were simply dealing with the many panel modules by the architectural design. Field crews had to pull panels from multiple packaging crates to assure the correct panel modules were installed in accordance with the CENTRIA shop drawings.

“The Sunshade installation detail with the DS60 and DS58 panels was a high-tech element for this project. It added a nice accent to the overall appearance of this structure.”

About CENTRIA
CENTRIA, a Nucor company, innovations in architectural metal wall and roof systems are helping building teams around the world envision metal as the future of the building envelope. From inspiration through installation, CENTRIA provides the highest level of expertise including service and support from an elite Dealer Network. Based in Pittsburgh, its metal architectural systems are the perfect combination of science and aesthetics, offering advanced thermal and moisture protection technology, the broadest spectrum of design options, truly integrated components, and superior sustainability. CENTRIA invites you to explore the limitless possibilities metal provides for your next project at CENTRIA.com. 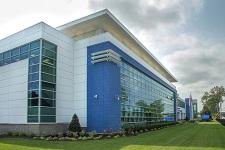 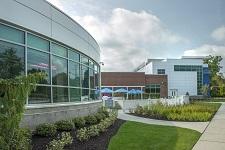 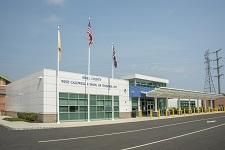 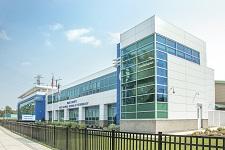